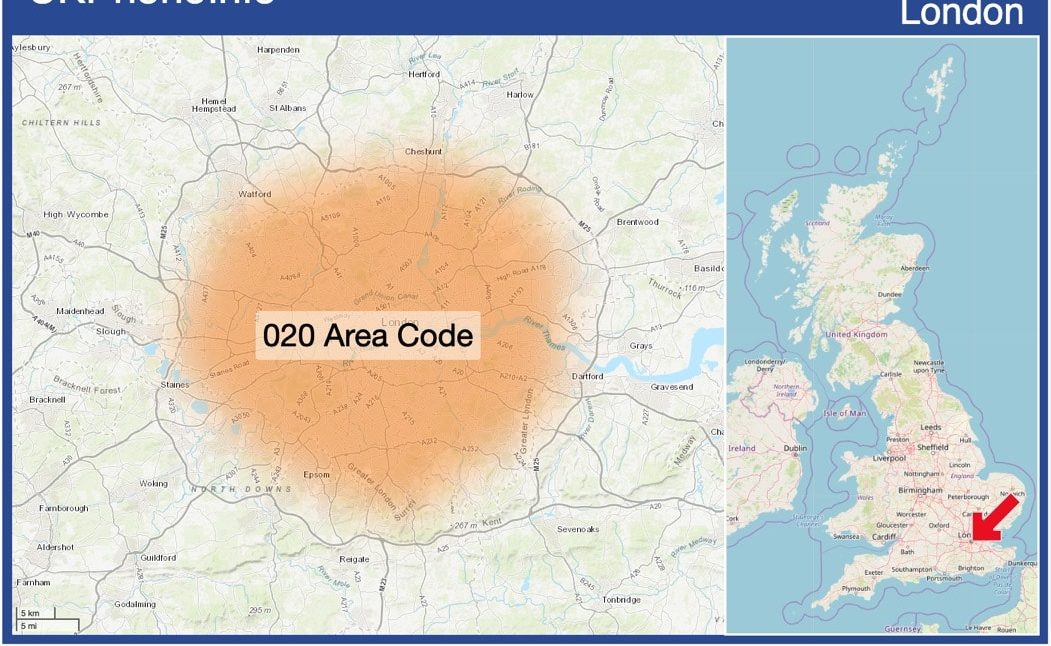 The 02 area code phone numbers are UK’s telephone numbers that belong to the specific location. People also refer to them as local area numbers. You may also call them STD codes and geographic numbers, and each one of them links with a specific town or region in the UK. It may also represent a particular city in the United Kingdom. 02 numbers were launched in 2000. There are almost six hundred and fifty local area codes on which calls can be made and received.

It might not seem surprising to you that the biggest population allocated to geographic numbers is London (020), but the biggest region dedicated to it is Northern Ireland (028).

02 numbers are assigned to people when they apply for a new fixed landline connection. The area code stays constant and relates to where the UK landline is coming from, and the numbers led by the area code will be unique to that landline.

There can be times when geographic numbers are virtual. Meaning they utilise VoIP technology to place calls. That also means that someone living in Southampton & Portsmouth (023) can purchase a phone number belonging to Coventry (024). The VoIP system can forward the calls from Southampton & Portsmouth number to the Coventry landline or mobile phone number. That means a business can be viewed as relating to a specific area whereas, it may not be originating from there. That is helpful to companies when they want to market their services locally because many people like dealing with the customers of a particular region while they operate from somewhere else. You can also get personal vanity numbers with the help of VoIP technology.

The 020 area code has a fascinating history and also a confusing one. Many people have a view that a blend of prefixes and numbers represent different regions.

For instance, plenty of people consider the 0207 prefix number representing a caller from inner London, while a 0208 prefix is viewed as a collection of digits representing outer London. But this is not always true.

This confusion proceeds from a system utilised in the early nineties when people could obtain more combinations of landline numbers. During that time, 0207 and 0208 area codes were commonly reserved for inner and outer London. But, in 2005, plenty of landline combinations, also the 0203 numbers, were launched because of high demand in landline numbers. In addition, increasing business in London and the requirement for a phone line connection to facilitate broadband led to a combination of new numbers.

The arrival of the 0203 numbers increased the number of phone numbers in the London region by an amazing fifty per cent. The first three digits (020) represent the location. The remaining number is randomly assigned. So the callers can dial London numbers starting with 020 area code coupled with space and telephone number that proceeds afterwards. For example, 020 3###-#### or 020 7###-####.

Moreover, specifically, the 0207 number can be from the inside or outside of the London area. The number is not, particularly for the inner London operator. The majority of the public might be confused about the regions of its origin. So for that reason, purchasing a 0207 or 0203 landline will bring better results for your business than the 0208 number. You may ask why? The customers are more likely to consider these numbers associated with the inner city, thinking your business is prestigious and belongs to the metropolitan.

The latest 0204 numbers operate from London. Ofcom has declared the integration of the latest 0204 ranges into London’s present thirty million numbers.

The area code belonging to London is 020, which has extensions leading from (020)3, 7, 8 and 4. The number 4 has become operational recently. That is not something very uncommon. When number ranges start ending, the authorities must add new numbers. For example, 0207 and 0208 were both launched in 2000. And Ofcom has been responsible for introducing the 0203 number in 2005.

You can Apply for the 0204 Numbers Area Code Now

Telecom service providers have gained access to a series of 0204 numbers by Ofcom since October 2020. The numbers became operable in December last year.

The Reasons behind Ofcom introducing a New 0204 Number 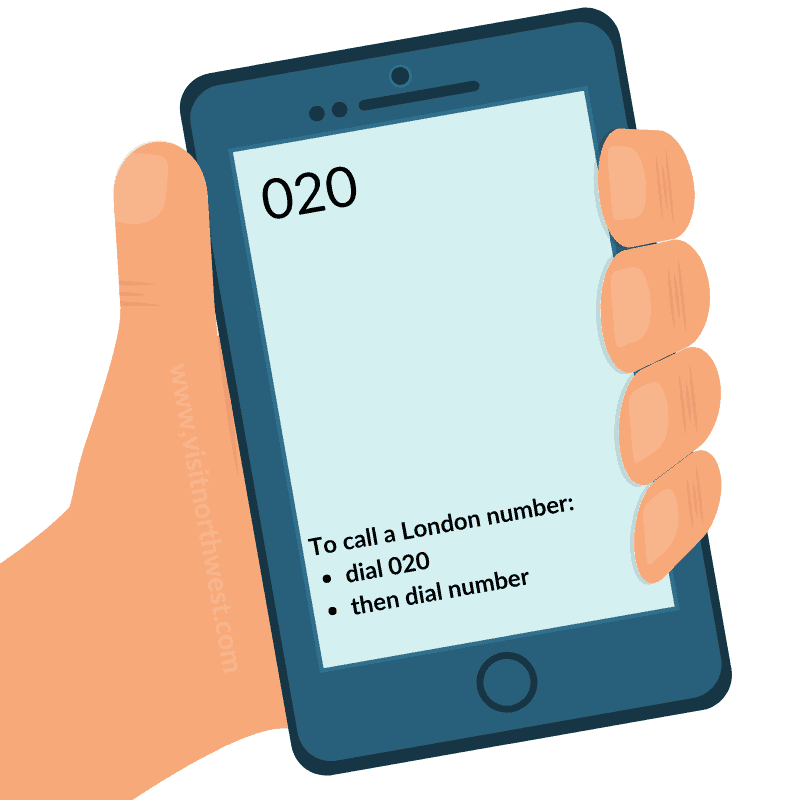 Over time there has been a construction of plenty of offices and houses in London. As a result, there is an increase in demand for the latest landline numbers. Almost one million numbers remained from the number ranges that Ofcom hoped would be utilised last year as thirty thousand London phone numbers were launched every week.

We are observing an increase in 020 numbers over time, as London’s population increases and new houses and offices are built. The ten million new numbers will facilitate meeting the population’s requirements and help keep the people connected.

0204 is simply an extension of the 020 number collection belonging to London. That is why 0204 is a regular landline number of London. The providers will charge regular landline prices for this number. But plenty of contracts provide many landline minutes at no additional charges when you obtain a number from them.

Why Should You Select 0203 Number for your Business?

An apparent advantage of the 0203 number is that it belongs to London entirely. It is also even considered by people to have links with the inner London landline. But, there are many benefits to selecting this number.

Economical: Paying for a virtual number is an economical way of obtaining coverage for expensive and demandable locations. Metropolitans like London and Manchester are viewed with admiration by customers of many businesses. But for plenty of companies, London is not an economical choice to start a business. You can prevent yourself from paying ultra-high office rents by buying a 0203 number because this particular London landline number will give your business the image of being operated from the UK’s metropolitan area.

Reputable: A common belief is that 0203 landline number or one of the 020 numbers is the London resident’s number. The typical residents and businesses of London own the 020 area code. As a result, people perceive it to be one of the most recognisable UK area codes in the market. That is why if you are one of the virtual companies searching for a well-known location for operations, London can be the best venue to select for business. The UK capital is the exact place where most high-profile clients reside. Also, it is a highly-demandable city for business.

Admired: Operating from London, or at least providing your business an image that it is running from the cosmopolitan, can assist in boosting your business sales and position. People see London as a big stakeholder in the European business sector. That is why people worldwide admire it and consider it as one of the best locations to promote their business. In addition, it is one of the largest cities in the UK that offers a great amount of diversity. So if you want to benefit from the global perks but like to work at the local level, London is the appropriate place for you.

In the bigger picture, 0203 numbers are an obvious choice for the majority of companies. Since they represent a central location, reputable image and an admirable position in the customers’ minds, these aspects make the 0203 number an outstanding choice for business owners. Moreover, many high-profile companies utilise this prefix for communicating with the public.

Whenever calling a landline, most VoIP companies will add 02 numbers as a free virtual number to their plan. There may be some conditions, like the call can be free of cost in the evening or over the weekend. Placing calls to 02 numbers by a landline commonly cost almost 3 pence per minute if you are utilising it as a virtual number from one of the VoIP companies available in the UK. You can continue long calls at a low price of 3 pence per minute. These services come with plans you can purchase. For instance, a well known VoIP company charges a standard fee of £7.99 per user per month for providing a 02 prefix virtual number with their VoIP service.

Whenever calling a landline, most VoIP companies will add 02 numbers as a free virtual number to their plan. There may be some conditions, like the call can be free of cost in the evening or over the weekend. Placing calls to 02 numbers by a landline commonly cost almost 3 pence per minute if you are utilising it as a virtual number from one of the VoIP companies available in the UK. You can continue long calls at a low price of 3 pence per minute. These services come with plans you can purchase. For instance, a well known VoIP company charges a standard fee of £7.99 per user per month for providing a 02 prefix virtual number with their VoIP service.

How To Create The Perfect Business Voicemail Greetings Using Mobile 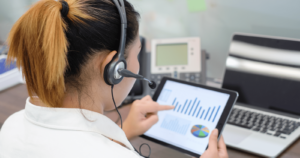 VoIP Business is an MSP in cloud communications and provides cloud based phone systems in the UK.